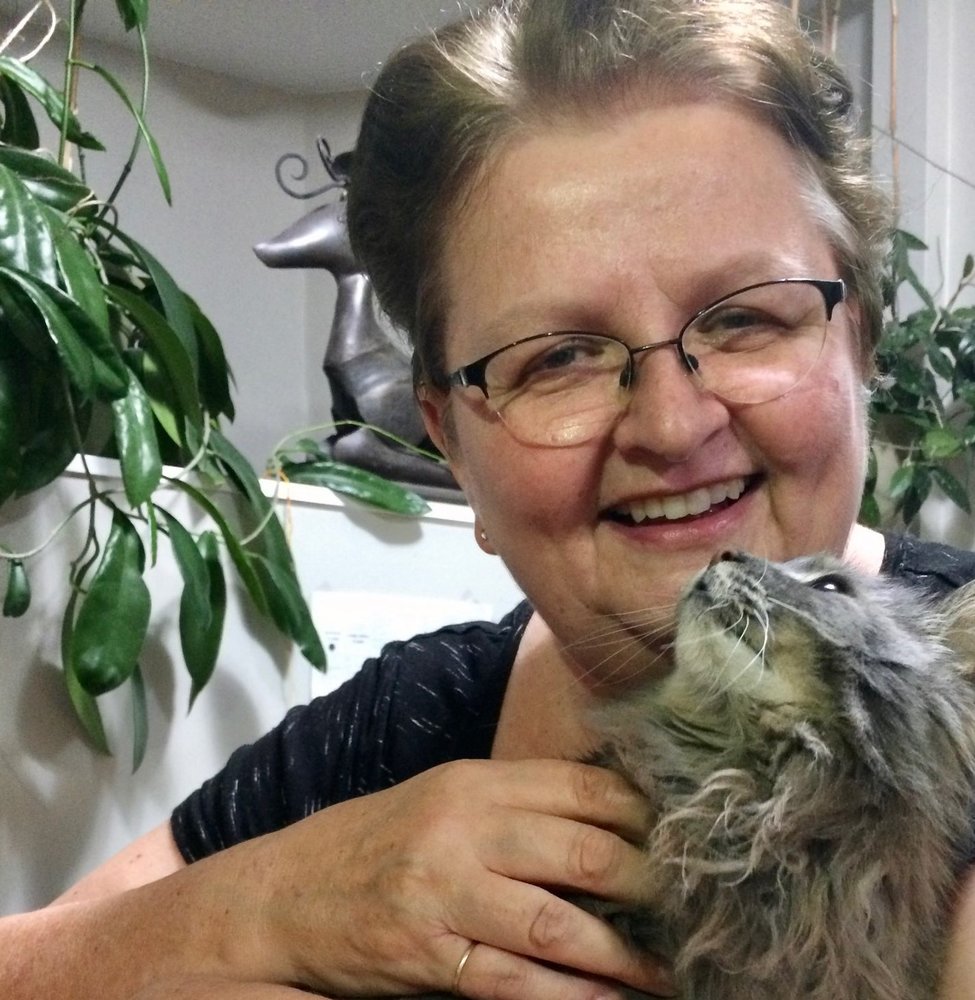 Geraldine (Geri) Ann McLean of Penhold, passed away on January 26, 2020 at the age of 69. Geri was born on August 11, 1950 in Sexsmith, Alberta. She grew up on her family farm near Sexsmith, where she also went to school. After graduation, she got her first job as a phone operator for AGT in Grande Prairie, where she also met her future husband, Earl McLean. They married on July 24, 1970 and eventually settled and began their adventures and raised their family in the Red Deer area. In 2002, Geri discovered her true calling when she returned to Red Deer College to further her education to become a social worker - gaining honours at the top of the Dean’s List. Her degree led her to employment with Alberta Children’s Services, where she held various positions until she retired to the full-time position of grandma extraordinaire. Her grandchildren were the diamonds in her life and she enjoyed and cherished them to the fullest. Geri had many hobbies and interests, including gardening, painting, story and poetry writing, caring for birds, and hosting the most interesting and lively family gatherings! Her incredible wit, humour, kindness, compassion, acceptance, creativity and love will be dearly missed by her family and all who knew her. Geri leaves her four children behind to mourn: Jason (Janet) McLean and their children Blake, Cam, Noah and Chloe; Aaron (Krista) McLean and their daughter Janelle; Tamara Bower and her children Kayley and Sawyer; and Melissa (Phillipe) Lapierre and their children Leia and Pippa. She also leaves behind her sister Sheila (Sandy) McDonald and their children, Shannon and Ferrin, and their families as well as her former husband Earl McLean. Geri was predeceased by her parents, Ben and Rose Novlesky, her brother Brian Novlesky, and her son-in-law, Joe Bower. A memorial service will be held on Saturday, February 22. Please contact the family if you would like further information about the service. If you wish, flowers can be sent to the service at Deer Park Alliance Church or a donation can be made to the family to continue Geri’s passion for adopting Grandparents (seniors) through the organization of HelpAge Canada (https://helpagecanada.ca/). Condolences for the family may be emailed to meaningful@telus.net. Arrangements in care of Meaningful Memorials Funeral Service, serving Red Deer and all of Central Alberta, 587-876-4944.

Share Your Memory of
Geraldine
Upload Your Memory View All Memories
Be the first to upload a memory!