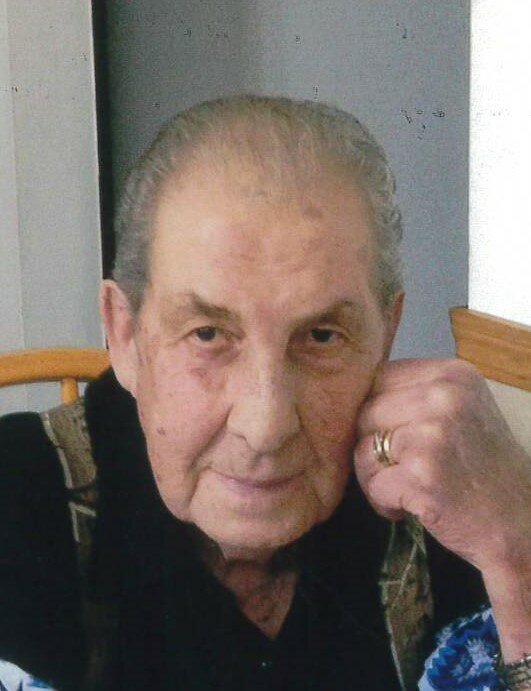 Ronald Samuel Bellamy, passed away peacefully in his home, surrounded by his loving family on November 20, 2022. He was born in 1931 to Olive and Samuel Bellamy. Ronald Married the love of his life, Dolores, in 1955. They purchased their forever home in 1963, raising their four beautiful children together. He is survived by his four children, five grandchildren, and five great-grandchildren.

Ron “as so many knew him” grew up on a farm west of Bowden. Ron loved working with his hands, building, gardening, and driving different vehicles all the days of his life. In his early years, he drove trucks for CPR Express, and later busses for the Red Deer Transit System. Putting his skills and abilities to work, he decided to move in the construction industry, where he became a drywaller for 25 years. Ron was known for his expert craftsmanship and fine workmanship in the many houses that he helped build, he retired in the year 2000.

Everyone who knew Ron, knew that he had a passion for growing things. You could always find him tending to his flower beds, fruit trees, his pristine grass, and plentiful garden. Throughout his life, he was an avid hunter and fisherman. He frequented the West Country where he enjoyed his time camping with friends and family. Many times, he cooked fresh trout over the camp stove. In the winter, he also enjoyed ice fishing with his buddies. Those same buddies taught Ron how to play cribbage. One time, he got a perfect hand of 29, while playing with these two friends. The coffeepot was always on and the door was always open to friends and family. Ron also enjoyed coffee and conversation at the local Tim Hortons.

Ron had a spot in his heart for animals, particularly, horses and dogs. He always had a dog by his side and was known to be a dog whisperer.

Music was an important part of his life. Ron enjoyed listening to the old-time western country classic artists. He and his wife were known to spin out on the dance floor from time to time. One of the volunteer roles he enjoyed was hiring the bands for the Moose Hall dances for 10 years. Ron was awarded a life time membership to the Moose Lodge of Red Deer, for his over 50 years of dedication and service.

Ron will be lovingly remembered by his wife, Dolores, and all his family and friends.

A memorial service to celebrate Ron’s life will be held January 14, 2023 at the Loyal Order of the Moose Lodge located at 140 Petrolia Drive, T4E 1B4, in Red Deer County Alberta, from 1:00pm, to 4:00pm. In lieu of flowers, memorial donations may be made directly to the Loyal Order of the Moose Lodge at 140 Petrolia Drive, Red Deer County, AB, T4E 1B4. Condolences to Ron’s family may be emailed to meaningful@telus.net. Please indicate “Bellamy” in the subject line.

Share Your Memory of
Ronald
Upload Your Memory View All Memories
Be the first to upload a memory!
Share A Memory