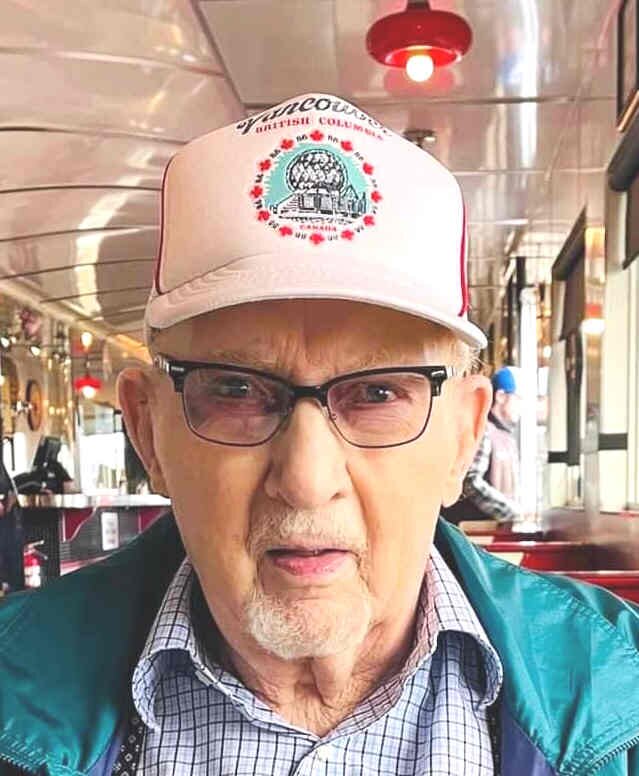 Dennis, also known as Denny, Uncle Denny, Grandpa, Pops and Popa Dennis, was born in Bawlf, Alberta, to Frank and Flora Weldon on February 10, 1931. He grew up with brothers: George, Harold and James (Jim), and sister Wandalee (Wandy).

On July 8, 1951, he married Jean Alice Sheets and, together, they raised four children: Judith (Judi), Susan, Sandra and Neil.

Dennis was a Mobil Oil employee for 32 years and proud of it. Despite not having his high school education completed, he was hired by Mobil Oil with Grade 10 schooling because he had oil servicing experience. He never turned down a request to take on new responsibilities anywhere in Alberta. He moved the family numerous times between Edmonton, Swan Hills, Drayton Valley and Whitecourt and also worked out of Rainbow Lake.

He and his wife Jean and their growing family lived in short-term housing in the early years, including a moveable skid shack, until putting down roots in Whitecourt in 1970. Upon retirement in 1989, he and Jean moved to Red Deer to be close to their children and grandchildren but also took up official status as snowbirds, enjoying Quartzite and Yuma in Arizona often. He loved the great outdoors: fishing, ice fishing, hunting, camping and bird watching.

He is preceded in death by his parents and brothers; wife, Jean, in 2013; daughter, Susan, and granddaughter, Kari Myckan, in 2022.

Condolences to Dennis’s family may be emailed to meaningful@telus.net. Please indicate “Weldon” in the subject line.

Share Your Memory of
Dennis
Upload Your Memory View All Memories
Be the first to upload a memory!
Share A Memory