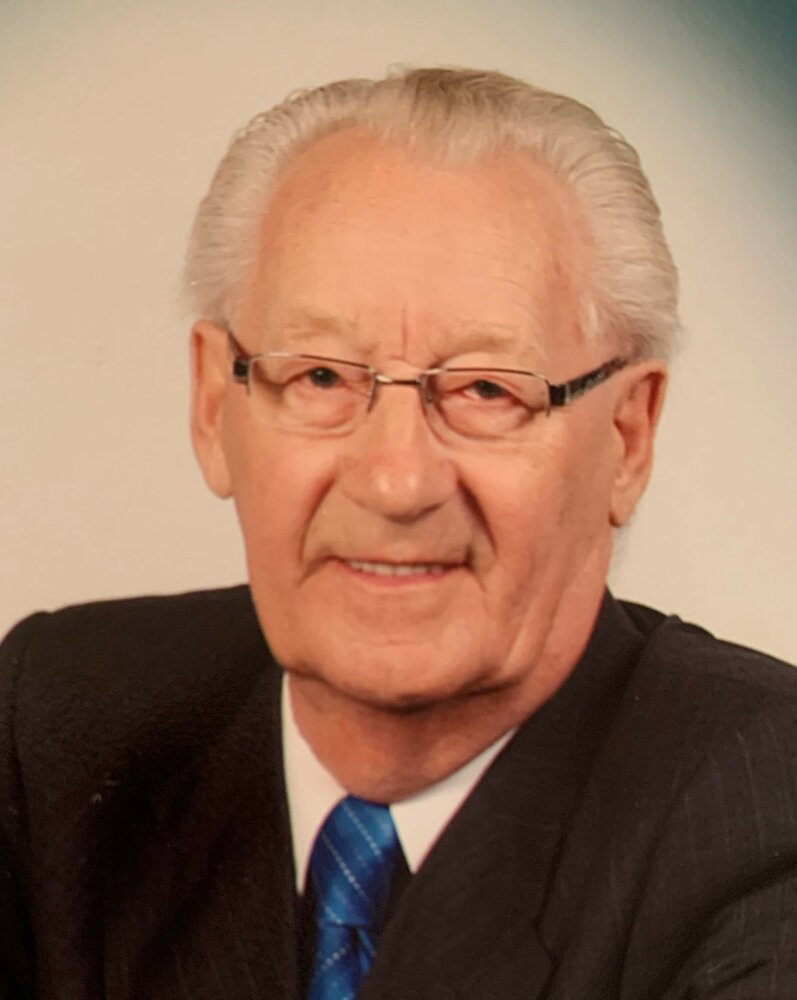 William John Neufeld passed away at Points West Red Deer on December 2, 2022 at the age of 90. He was born in Chinook, AB to Henry and Paulina (Starke) Neufeld on June 28, 1932. He grew up with sisters: Anna, Helena, Mary, Justina and brothers: Henry and David (twin).

William, (known to most as Bill), studied to be a Mechanic with his twin brother David and together they worked part time setting pins at a bowling alley. Bill worked at Midland Auto Supply before joining the City of Red Deer as a Property Assessor in 1971 until his retirement in July of 1997. He married Ruth Anne Lebsack in April of 1967 and they were together for 55 years.

Bill loved to sing and play his guitar. He loved to harmonize when singing with his family and at church. He sang with the Parkland Men's Choir for several years. Bill also loved sports. He enjoyed playing hockey, baseball and golfing.

Bill showed his love for Jesus to his family and loved his family dearly. He was actively involved in his family's life, coaching hockey and baseball when his children were growing up and then enjoying time with his granddaughters. He dabbled in woodworking creating cradles, sleighs, child sized table and chairs and a rocking horse out of wood. He loved to joke around and laugh and always had candies and peppermints on hand for his granddaughters.

He is preceded in death by his parents, as well as his two brothers and four sisters.

A memorial service will be held on December 19, 2022 at 2:00 pm at Deer Park Alliance Church,  2960 - 39 Street Red Deer, Alberta. Condolences to Bill’s family may be emailed to meaningful@telus.net. Please indicate “Neufeld” in the subject line.

Share Your Memory of
William
Upload Your Memory View All Memories
Be the first to upload a memory!
Share A Memory