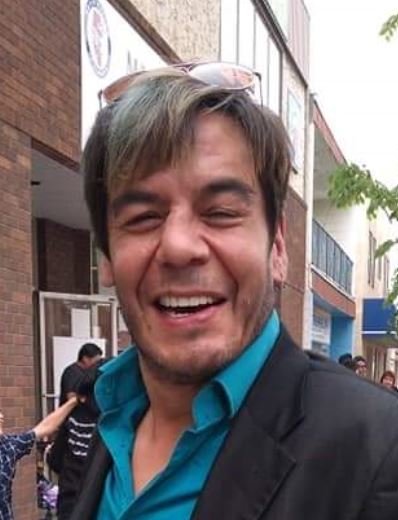 Terry Wayne Chalifoux of Red Deer passed away peacefully on Saturday, February 1 at the age of 47 years.

Terry was born on July 27, 1972 in Grande Prairie, Alberta. He moved to Red Deer in April 1986. Terry will be remembered for his sense of humour, his love of life, and his love for music and dance. He will also be remembered for his love of family, friends and children he looked after through the years. Anyone feeling sad or in an unhappy mood can smile as they remember our loving nephew, cousin, uncle and forever friend. Let your light shine forever bright, Terry Wayne. We love you for now and always.

Terry will be lovingly remembered by nephew Jesse Cardinal; auntie Gert Cardinal-Gagnon (Doug); aunties Cheryl, Bev and Merela Cardinal; uncles Johnny Cardinal (Betty), Everett Cardinal (Roberta) and Ken Campbell (Margo); as well as numerous cousins, nieces, nephews and so many friends who loved him. He was predeceased by his mother Doreen, sister Collette, and brothers Clifford and Bryan.

A Celebration of Life for Terry will be held Saturday, March 21, 2020 at 3 pm at Benalto Hall in Benalto, Alberta. A potluck, jam session and karoake will follow.

In lieu of flowers, memorial donations may be directed to Stollery Children’s Hospital by visiting https://www.stollerykids.com.

Condolences for Terry’s family may be emailed to meaningful@telus.net. Arrangements in care of Meaningful Memorials Funeral Service, serving Red Deer and all of Central Alberta, 587-876-4944.

Share Your Memory of
Terry
Upload Your Memory View All Memories
Be the first to upload a memory!