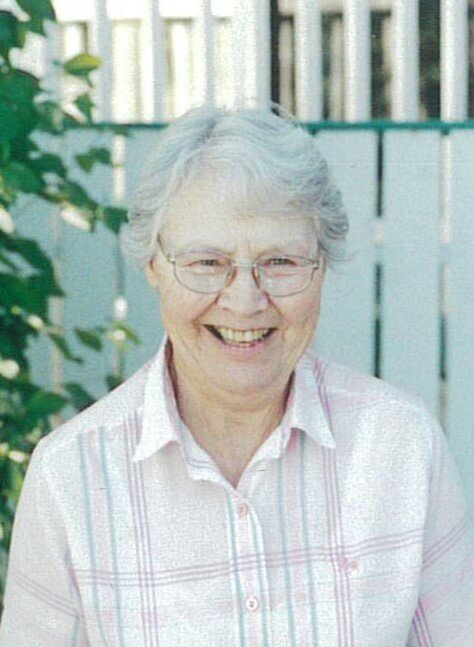 Barbara Heggs passed away at Sunset Manor in Innisfail, Alberta, December 3, 2022, at the age of 93 years. Barb was born in Vancouver, BC and adopted by the Riste family at Innisfail. As a youth, she had her own team of horses in which she used to help with harvest.

Barb met Wilf Heggs and they were married at Websters Corner in BC on November 22, 1951. They moved to the Bengough, Sask area to farm and start a family. Their first home was a granary. Soon they were blessed with the births of their daughter Irene and son Norman.

Their life of over 64 years together, saw them living in many various places throughout Saskatchewan, Alberta, British Columbia, and back to Alberta. Barb and Wilf enjoyed vacationing in Arizona.

Barb loved gardening. She grew many varieties of flowers and had a real green thumb. Which included growing a market garden and selling vegetables to local stores. Barb loved being outdoors with animals. She loved raising what she called her “toy-toys” or chickens. She enjoyed working at a senior’s lodge in Innisfail, Alberta.

Barb was well known as one of Jehovah’s Witnesses, who had a strong hope and faith in the Bible promise at John 5:28,29 of a resurrection and living forever on a Paradise Earth brought about by God’s Kingdom (Daniel 2:44). She spent many hours discussing this promise with people she met.

A private family service to celebrate Barb’s life will be held at a later date. Condolences to Barb’s family may be emailed to meaningful@telus.net. Please indicate “Heggs” in the subject line.

Share Your Memory of
Barbara
Upload Your Memory View All Memories
Be the first to upload a memory!
Share A Memory