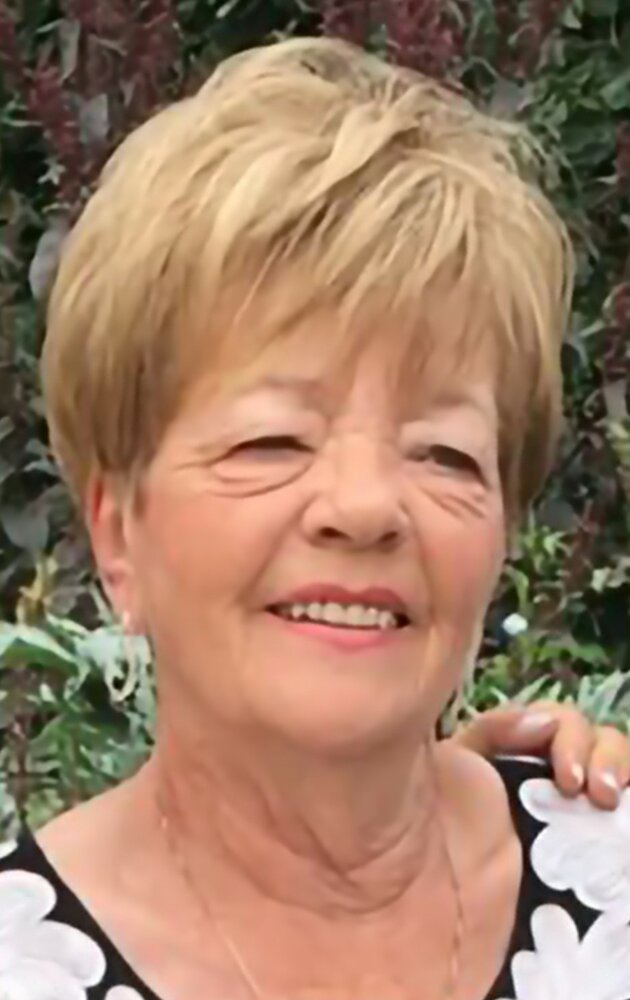 Sheila Marie Bourne, passed away on December 30, 2022, at the Point West Living in Red Deer, AB.

Sheila was born in Rimbey, AB to Cyril and Mrytle Quartly on September 11, 1944. She had an older brothers Ron five younger brothers Jack, Rick, Doug, Herb and Allan also one sister and best friend Pat. She married her best friend John Bourne on November 17, 1962. They recently celebrated their 60th wedding anniversary. Lived most her life in Central Alberta.

She started her career as a Beautician and then worked in many offices in Administration roles and her longest was office manager at Bouchard Electric for 20 years. She was a founding member of the Centre for Positive Living. She ended her career very successfully as a MLM Leader.

She enjoyed playing golf and later in life spent many hours watching golf.  Sheila loved to travel. She frequented Las Vegas with her sister Pat, Yuma, Europe and all over the United States. Three very special trips were with her grandkids to Disneyland. John and Sheila spent three winters in Costa Rica where they loved the country and people. In Costa Rica she conquered her fear of heights by ziplining and repelled down a 100 foot cliff. On one return flight, she failed to disclose the contents of her suitcase and is now flagged as a smuggler. She was passionate about the research program for FTD at UBC and traveled to Vancouver annually with her sister to participate.

She had a love of all types of music both listening and playing. In her younger years she was part of a band with her brothers. She spent many hours playing cards with anyone who would join her. She was a real card shark and beat everyone. She even came in second place in a Texas Holdem tournament in Mesquite Nevada. She loved bingo with her sister and bingo pals.

BUT her most cherished activity was the time spent with her family, as she loved her family more then anything. The grandkids enjoyed many sleep overs always having Nana’s pancake for breakfast. Nana always let the kids get into as much trouble as the wanted. Sheila hosted so many holiday gatherings. She was famous for having her table open to anyone. Even the strangers in the grocery line. Her cooking was delicious and enjoyed by everyone. She loved baking buns, chocolate cake and making turtle with the grandkids. Besides the inside activities, one of the favourite memories when they lived in Calgary was taking the kids to McDonalds and going to the end of the runway at the airport to watch planes take off and land and was imagine where the planes were headed.

Sheila, Mom, Nana had a great sense of humor, strength, sass, caring, proud, loyal, stylish, and elegant. Was carefree and fierce all at the same time. Her body has gone to science, her soul has gone to heaven, and her heart remains with her family

She is preceded in death by her son Curtis, brothers Ron (Ev), Jack and her sister Pat.

A service to celebrate Sheila’s life is to be held at a later date. In lieu of flowers, memorial donations may be made to Central Alberta Child Advocacy Centre, through their website at https://www.centralalbertacac.ca. Condolences to Sheila’s family may be emailed to meaningful@telus.net. Please indicate “Bourne” in the subject line.

Share Your Memory of
Sheila
Upload Your Memory View All Memories
Be the first to upload a memory!
Share A Memory