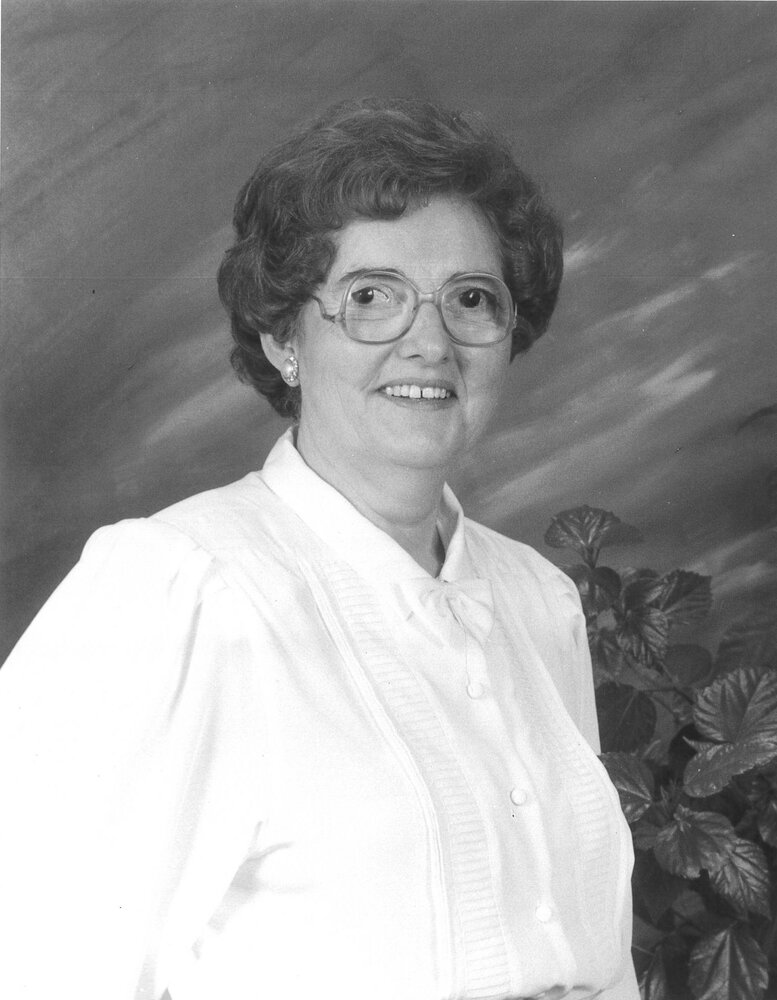 June Belle Wade (McInnis) of Red Deer, Alberta passed away at the Michener Centre Extended Care home on January 20, 2023 at the age of 97 years.

June was born in Bruce, Alberta in June of 1925. She was raised on a farm in the Bruce area and attended local school at Woodside, Bruce High School and McTavish Business College. While attending College she learned about western girls going to Ontario to help with the war effort by working in an ammunitions factory. She left Edmonton with a group of girls on a transcontinental train to Toronto, Ontario where they were met and escorted to Ajax, a wartime village for workers in the war plant, where she worked until the war ended.

June worked as a nurse’s aide in the Consort Hospital where she met Cecil Wade, and on June 27, 1953, they married. Cecil and June farmed and raised their family in Consort, Alberta. Upon retiring they moved to Calgary for six years and then relocated to Red Deer, Alberta.

They shared many adventures together, both enjoyed bowling, square dancing, and travels to many destinations around the world.

June gained many skills and experiences. After “retirement”, she worked part time in the office of the Grace Hospital in Calgary, volunteered with the Red Deer Rec Centre Sunshine Tours and Golden Circle Travel Club, and eventually started her own tour business for seniors, a vocation which she loved.

June was predeceased by her husband Cecil; her infant son Jamie; and her siblings Jeannette Cartwright and Milton McInnis.

A Memorial Service to celebrate June’s life will be held at a later date. In lieu of flowers, if friends desire, donations in June’s name may be given to the Alzheimer Society of Alberta. Condolences to June’s family may be emailed to meaningful@telus.net. Please indicate “Wade” in the subject line.

Share Your Memory of
June
Upload Your Memory View All Memories
Be the first to upload a memory!
Share A Memory