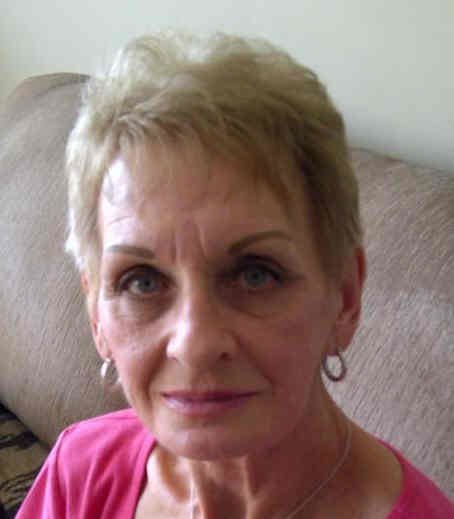 Louise Mae Lebedynski (nee Antonenko) of Red Deer passed away surrounded by her family at the Red Deer Hospice on February 13, 2020 following a long battle with Multiple Myeloma. Louise was born in Viceroy SK in 1944. Louise grew up on a busy farm in southern Saskatchewan attending primary school in Verwood followed by her secondary education in Assinibola SK. After graduation, Louise moved to Winnipeg MB where she met her late husband Patrick, pursued her education in nursing through the Red River College and the University of Winnipeg and started her family. After 18 years nursing in Winnipeg, Louise and the family returned to Moose Jaw SK where she continued her career and love of life. In 2000 Louise moved to Calgary AB where she could be closer to her children Gene (Jodi), Angela, Amber and Jason after they relocated for school. Once in Calgary Louise continued to work until retirement in 2010. Calgary provided an active lifestyle, she was often on the go shopping, traveling or could be found spoiling her grandchildren, Tamara, Chiara, Levi, Luke, and Larson. Louise absolutely adored her grandchildren. She enjoyed watching Chiara play soccer and weekend trips to Red Deer to watch her grandsons play hockey and football. Louise was larger than life. She was an amazing dancer, this was one of the many passions that allowed her to instruct and compete in various competitions throughout her life. Louise also had a passion for music playing guitar, piano and singing. As an avid green thumb, she spent many hours digging in her garden and landscaping her yard. Louise enjoyed curling, playing softball and could be found volunteering for many service clubs in Moose Jaw. Louise is survived by her children; grandchildren; sisters Ann and Brenda; brother David (Mary) as well as numerous cousins and friends. She was predeceased by her parents Paul and Dora. Special Thank You to Dr. Atchison and the amazing nurses and staff at the Red Deer Hospice for the kind and compassionate care Louise received. Thank You as well to Drs. McCall and Conradie and the wonderful nurses on Unit 32 at the Red Deer Regional Hospital Centre as well as a special Thanks to Dr. Duggan and the super hero Oncology team at the Tom Baker Cancer Centre in Calgary. Her journey would not be complete without your support. A Funeral Mass will be held at St. Mary’s Catholic Church, 6 – McMillan Ave, Red Deer AB on Tuesday, February 18, 2020 at 1:00 pm. Louise was a supporter of the Aspire Special Needs Resource Centre in Red Deer and fell in love with the work they do for children with special needs. Louise requested that in lieu of flowers, memorial donations be made in her honor to Aspire, 4826 – 47 St., Red Deer AB T4N 1R2. Condolences to Louise’s family may be emailed to meaningful@telus.net. Arrangements in care of Meaningful Memorials Funeral Service, serving Red Deer and all of Central Alberta 587-876-4944.

Share Your Memory of
Louise
Upload Your Memory View All Memories
Be the first to upload a memory!