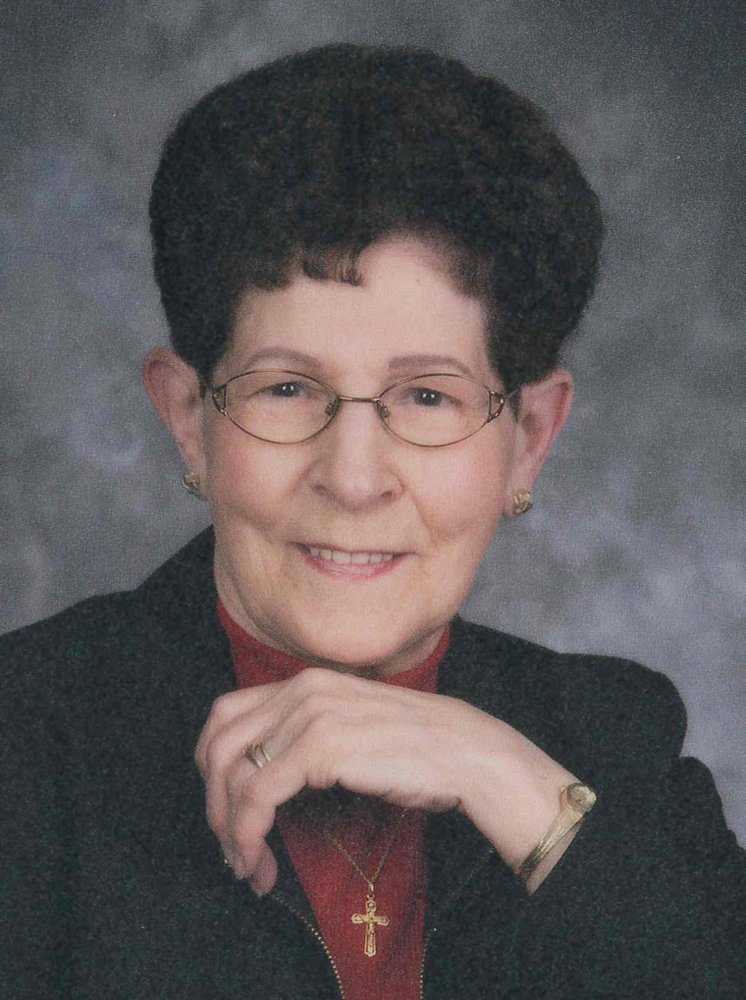 It is with great sadness that we announce the sudden passing of Elizabeth (Betty) Plester (nee Ganter) of Red Deer at the University of Alberta hospital in Edmonton on February 14, 2020, a few weeks short of her 85th birthday. Betty was born in 1935 at Rutland, Saskatchewan and raised with a large close-knit family on a nearby farm, where she learned the importance of hard work, family, friends, and faith; all of which shaped her life. As a young adult, she moved to central Alberta, where she met and married Roland, her husband of 61 years. Betty, along with Roly, raised their family in Ponoka, Alberta and Regina, Saskatchewan. In the late 1990s, they returned to central Alberta, settling in Red Deer. Betty’s many interests included long walks, gardening, music (especially with her brothers and sisters), dancing, crocheting, and caring for her home. She also travelled extensively throughout Canada and the USA with Roly. The things closest to her heart were family, friends, the Catholic Church and especially the CWL of St. Mary’s Parish, where she volunteered much of her time and made many great friends. Betty will be lovingly remembered by her husband Roly Plester; her sons: Dan (Mary), Wayne (Esther), Darren (Henny); daughter Melaina (William); grandchildren: Angie (Shannan), Sheldon, David (Chandel), Jennifer (Ami); great-grandchildren: Adam, Ryan, Anna, Bram, Josie; brothers: Carl, Ben; sisters: Mary (Gordon), Hedy, Maggie; brother-in-law Gordon (Phyllis); sisters-in-law Wilma, Lorna, Margaret (George); as well as many nieces, nephews, and friends. She was predeceased by her parents: Andrew and Maria; parents-in-law Ernie and Vi; brothers: Joseph, Henry, Tony; brothers-in-law Albert, Perry; and sisters-in-law Bertha, Kathy, and Beatrice. A Funeral Mass will be held at St. Mary’s Catholic Church, 6 – McMillan Ave, Red Deer AB on Friday, February 21, 2020 at 11:00 am. In lieu of flowers, memorial donations may be made directly to the Heart & Stroke Foundation, Suite 144, Centre 104, 5241 – Calgary Trail NW, Edmonton AB T6H 5G8. Condolences to Betty’s family may be emailed to meaningful@telus.net. Arrangements in care of Meaningful Memorials Funeral Service, serving Red Deer and all of Central Alberta, 587-876-4944.

Share Your Memory of
Elizabeth (Betty)
Upload Your Memory View All Memories
Be the first to upload a memory!