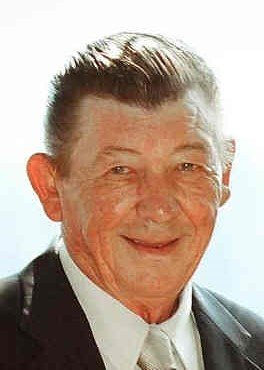 Ed was born in 1939 in Stry, Alberta, where he was raised on the family farm. The family later moved to the family farm closer to Vilna. Ed received his heavy-duty mechanic ticket in 1972 and his welding ticket in 1979. He worked for the provincial government (Water Resources) in Edmonton, then transferred to Dickson Dam. Ed retired from the dam in 1994. He returned to work for the City of Red Deer before retiring.

Ed loved hunting and fishing and was a member of the Dickson Fish and Game Association. Ed had many friends and loved to have a beer and watch sports from his stool at the Innisfail Hotel.

Ed is lovingly remembered by his wife Shirley; sons Colan (Debbie), Craig and Corry (Tina); grandchild Chaz; brother Tony and sisters Shirley and Liz. He was predeceased by parents Nick and Violet, and brothers Stephen, John and Bill.

A memorial service will be held at a later date.

In lieu of flowers, memorial donations may be directed to the Innisfail Food Bank, Box 6087, Innisfail AB, T4G 1S7.

Condolences for Edward’s family may be emailed to meaningful@telus.net.

Share Your Memory of
Edward
Upload Your Memory View All Memories
Be the first to upload a memory!