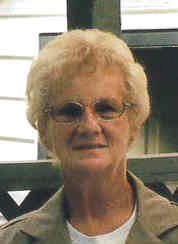 Rema Grace Miller passed away at the West Park Lodge on April 8, 2020 at the age of 84 years. Rema was born in Wynyard SK. She was the youngest of three children born to Jim and Ruth Lovell.  In her teens she moved to Hanna AB where she met and married Emil Miller in 1956.  They moved to Jasper for Emil’s job with CN Rail and they raised their three children there.  Rema worked as a nurse at the Jasper Seton Hospital while raising their kids and enjoyed gardening and spending time in the outdoors with the family. After the passing of her husband Emil in 1986, Rema moved to Vancouver Island where she enjoyed the ocean and warmer climate in her retirement. She moved to Red Deer AB in 2015 to be closer to family. Rema will be lovingly remembered by her children Kathleen, Diane (Len) and Robert (Guylaine); grandsons James and JoJo; sister Shirley Gattey as well as numerous nieces and nephews. She was predeceased by her husband Emil Miller. A Celebration of Rema’s life will be held in Jasper AB on a date to be determined later due to the current Covid issue. Memorial donations in Rema’s honor may be directed to the Central Alberta Humane Society, 4505 - 77 St. Red Deer  AB T4P 2J1. Condolences to Rema’s family may be emailed to meaningful@telus.net. Arrangements in care of Meaningful Memorials Funeral Service, Red Deer AB.      Serving Red Deer and all of Central Alberta     587-876-4944

Share Your Memory of
Rema
Upload Your Memory View All Memories
Be the first to upload a memory!