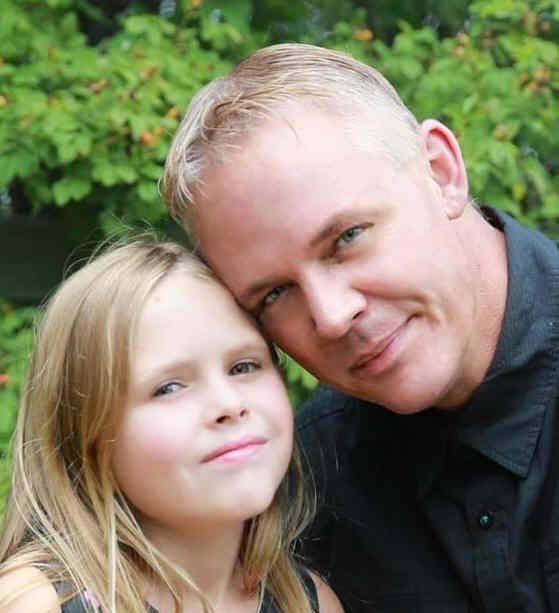 Jason Dean Howse, loving brother to four siblings and doting father to one daughter, passed away at the age of 46. In the late afternoon of Wednesday April 8th, 2020, Jason’s body grew tired and needed to rest and as he drew his last breath, he closed his eyes and asked God to take him home. Jason is survived by his daughter Justice; sister Laura Wallace and family; brother Steven Howse and family, sister Michelle Thiem and family; sister Lisa Dawson and family. He is preceded in death by his parents Ken and Wendy Boye, his uncles Johnny and Dave Sarasin, his grandmother Lyla Sarasin.

Jason was born in Red Deer, Alberta in 1973. Born prematurely into this world, he came out kicking and screaming. At the time, he was the smallest of 4 siblings, but he had already proven to be a strong-willed little soul. Within a few years, Jason’s parents moved from his original home in Benalto, Alberta to Eckville, Alberta after his youngest sister Lisa, was born. As the second youngest child, Jason established to everyone that he was the most inquisitive out of all five.  Even at an early age, Jason’s thirst for knowledge was unquenchable; he longed to know how things ticked. He took pride in taking objects apart only to put them back together again. He loved to know the ins and outs of all types of engines, gadgets, and gizmos, and that sometimes involved toxic chemicals and the fire department.

Jason and his family moved to Red Deer in 1985 and he was enrolled in grade 7 at Westpark Junior High. He graduated from Lindsay Thurber Comprehensive High School in 1992. After high school he found employment with Big Sky Drilling as a floor/motor-hand for 3 years. As he gained knowledge, he gained confidence and soon moved to Saskatchewan. There, he started his career as an apprentice electrician working for Willett Manufacturing Ltd. and then soon after, joined the team at Sherritt International. During this time, he met and married Christina Eagles and together they began a new life together. A few years later, they added to their family and welcomed a beautiful baby girl named Justice Rose. As Jason’s career flourished, he became a Safety Advisor for Sherritt International. At this time, he wanted to give back to his community and volunteered his time competing in mine rescue, often winning competitions as well as he volunteered as a firefighter/emergency services personnel. Before moving back to Alberta, after his mother Wendy passed away, Jason finished off his career as a Journeyman Maintenance Electrician for Westmoreland Coal Company.

Jason was a friendly, motivated, loyal, and dedicated man who had the ambition to succeed in any given environment. He was excited to learn and loved to teach others; he was always up to the challenge in any circumstance he faced. He was kind, loving, adventurous, compassionate, resourceful and thoughtful to those who knew him. He would do what it took to lend a helping hand to those in need. Jason was an outdoor enthusiast; he loved to go camping and fishing, he often challenged the law of gravity while dirt bike riding and quadding. He enjoyed flying radio-controlled airplanes, launching homemade rockets and he even tried his hand at skydiving and bungee jumping. Honestly, the times that he’d be at peace the most, was when he was riding his motorcycle. It was an absolute thrill for him to hit the throttle, breathe in the fresh air, soak in the sights and sounds and ultimately absorbing the magic of exploring new places. His humour was zany and he always seemed to have a sparkle of mischief in his eyes! He loved his family dearly, but above all else, he loved his daughter. From the time that she was born, she was his pride and joy. Wherever he is, whatever he is doing, he will always be close to her heart, in spirit. He will watch over her as he was not only her biggest fan, but her biggest protector.

Unfortunately, due to the country’s Covid-19 pandemic situation, Jason’s Celebration of Life will be post-phoned until a later date when it is safe to do so.  In lieu of flowers, donations can be made to the Red Deer Hospice Society, 99 - Arnot Ave, Red Deer   AB   T4R 3S6 or a charity of donor’s choice. Condolences to Jason’s family may be emailed to meaningful@telus.net. Arrangements in care of Meaningful Memorials Funeral Service, serving Red Deer and all of Central Alberta.   587-876-4944

Share Your Memory of
Jason
Upload Your Memory View All Memories
Be the first to upload a memory!