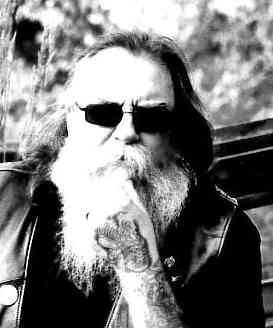 Terry Walter Hunt of Red Deer passed away at the Red Deer Hospice on April 18, 2020 at the age of 61 years. Terry was born and raised in Lacombe and attended the Red Deer College. Later he worked at Red Deer College for over 25 years as an IT Technician.  Terry was a Cub Scout Leader for the Morrisroe troop in Red Deer. He loved to ride motorcycles and served as a treasurer for “H.O.G.”. Terry was a big man with a big heart. Family and friends were very important to Terry and he loved when the family all got together. He was an awesome husband, father, brother, son and friend to many. Terry will be lovingly remembered by his wife Crystal; four sons Oliver (Michelle), Matthew (Jodie), Arthur (Shantelle), and Sean (Sarah); eight grandchildren. Also to cherish Terry’s memory are his sister Rhonda (Gary); mom Gertrude as well as numerous other family members and friends. Terry was predeceased by his father Robert. A celebration of life will be held when social gathering restrictions due to the Covid 19 pandemic are relaxed. In lieu of flowers, memorial donations may be directed to the Red Deer Hospice Society, 99 - Arnot Ave, Red Deer AB T4R 3S6 or to the Central Alberta Humane Society, 4505 - 77 St., Red Deer AB T4P 2J1. Condolences to Terry’s family may be emailed to meaningful@telus.net. Arrangements in care of Meaningful Memorials Funeral Service, Red Deer AB.    Serving Red Deer and all of Central Alberta    587-876-4944

Share Your Memory of
Terry
Upload Your Memory View All Memories
Be the first to upload a memory!