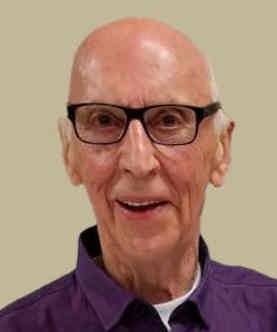 It is with great sadness that the family of Jack Macauley announces his sudden passing on Thursday, April 23, 2020 at the age of 81 years. Born in 1938 in Wetaskiwin, Jack was raised in Calgary growing up loving hockey and handball. He left home at 16 to play Junior hockey with the Medicine Hat Tigers, and then the Edmonton Oil Kings. The family has many newspaper clippings of Jack’s successes during those hockey years. He also played in the Big Six League with the Okotoks Oilers even trying out and training at the New York Rangers Camp. He met the love of his life, May Overman, during this time. He took the advice of a friend who urged him to get an education so Jack headed to Louisville, Kentucky for hockey and school. In 1959 he enrolled in Montana State University, and in 1961 Jack married May. One year later they returned to Calgary with a Bachelor’s Degree in Business Administration and their firstborn, Jacqui. Jack worked in various sales positions, had their 2nd daughter, Shelley in 1963, and found his passion of selling real estate in 1967 where he worked with Brittania and Toole & Cote. In 1971, the family bought their first cottage at Sylvan Lake, the start of many memories where every summer and most weekends were spent with family and friends. That same year Jack and May were thrilled to have their 3rd surprise daughter, Lori. By 1973, Pat Toole recommended Jack to open more branches in Edmonton where he transferred the family. Jack struggled with alcohol throughout his life until July 22, 1974 after which time he never took another drink. Through AA, he helped and encouraged many others in their journey. Later that year they had Shari, the ‘golden child’ as she refers to herself. They had no more children after Shari. Jack had hung up his hockey skates after Montana, but played a high level of handball until he was 42. Guys had heard his hockey stories on the court and challenged him to play hockey again. Once on the ice, the passion was stirred and Jack played another 35 years until he was 75 organizing leagues and playing over 100 games a year. In 1980 Jack moved his family to Sylvan Lake and sold real estate with Canada Trust, Sim and Thorne, and finally opened the Sutton franchise in Red Deer in 1991, but decided he liked the selling part the most and sold the franchise in 1996 planning to ease out of real estate into retirement. It only took 21 more years to finally retire in 2017. He adored people and the business so much. With all 26 family members in Sylvan, Jack loved watching his children and grandchildren in their activities playing sports, music, and theatre plus the yearly family vacations at OK Falls. Jack was a man of integrity, with a strong character of love and kindness, and always had a positive outlook on life. He remained active until his last breath before sprinting into the arms of Jesus.  Jack will be remembered for the numerous lives he touched throughout his life and his words of wisdom like ‘Live and Let Live’, ‘One day at a time’, ‘Leave some on the Table’, and ‘Judge Not’. He will be sorely missed by his wife of 58 ½ years, May, and their 4 daughters Jacqui (Richard) Fletcher and their children Jillian (Eric), Julianna, Jennifer, & Joshua, Shelley (Myrna) Macauley, Janelle Cadman, Jolynne (Mike) Chambers, Tyson & Bree, Lori (Dion) Krause and their children Sam (Jordan), Jessica, Jackson, Jeff, and Shari (Joe) Rabin and their children Jacob, Jade, & Jalyn as well as his only brother Doug (Alice) Macauley and sister Marg Daignault, all of Sylvan Lake.  There will be a hugging get together with ice cream in the fall. Donations can be made to Teen Challenge at tcalberta.ca. Condolences to Jack’s family may be made by emailing meaningful@telus.net . Arrangements in care of Meaningful Memorials Funeral Service, serving Red Deer and all of central Alberta.   587-876-4944

Share Your Memory of
John
Upload Your Memory View All Memories
Be the first to upload a memory!