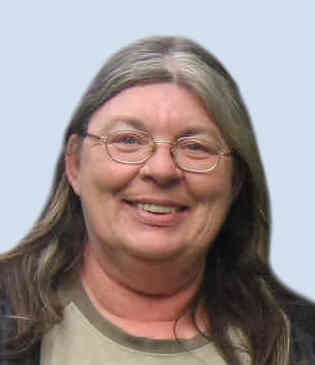 Diane Lenore Beck was born in Gladstone, Manitoba on May 29, 1953 to Arthur and Donna Renton.  She was the oldest of three girls and enjoyed being the big sister to Maureen and Glenda.  The family made a few moves but most of Diane's childhood was spent in Manitoba.  Diane married Brian Beck on August 26, 1972, and in 1974 they moved to Alberta where she spent the remainder of her life. Diane loved learning, worked outside of the home after her sons were grown and had a variety of interests including becoming a Mayco Certified Ceramicist, where she used her artistic talent to create many beautiful ceramic pieces.

She also enjoyed crocheting afghans, was an avid reader and loved house plants, her lily patch and berry bushes & trees along with her puppies Buddy and then Prince.  She loved angel figurines and acquired quite a collection over the years.  Diane's proudest accomplishments and greatest love were always her two sons, David and Kevin and she was overjoyed to welcome a daughter-in-law, Sabrina, then two grandsons, Corbin and Colton.  She was always so happy when Corbin or Colton would stop in on their way home from school for a visit.  Diane was a kind-hearted person and the smallest things made her happy.

Left to celebrate her life are her husband Brian; sons David (Sabrina) and Kevin; grandsons Corbin and Colton; sisters Glenda Renton and Maureen Seip as well as numerous other family members and friends.  Diane was predeceased by her parents and grandparents. Diane will be lovingly remembered and deeply missed. A family interment service will be held with details to be announced.

In lieu of flowers, memorial donations may be made directly to the Central Alberta Cancer Centre, PO Bag 5030, Red Deer AB T4N 4E7. Condolences to Diane’s family may be emailed to meaningful@telus.net. Arrangements in care of Meaningful Memorials Funeral Service, Red Deer AB    Serving Red Deer and all of Central Alberta    587-876-4944

Share Your Memory of
Diane
Upload Your Memory View All Memories
Be the first to upload a memory!