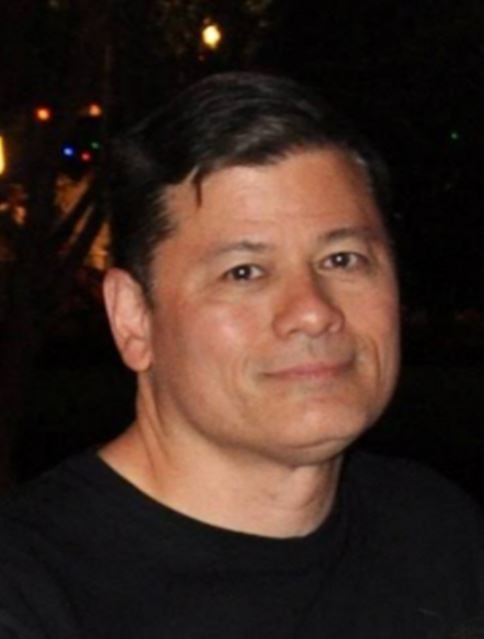 John was born in 1961 in El Paso, Texas. He spent most of his childhood living in various locations throughout the US and even in the Philippines due to his dad being a member of the US Air Force.

John himself spent some time in the reserves, following in his dad’s footsteps. He spent most of his career working as an electronic technician. Often he would tell stories of his younger years, getting in trouble with his six siblings, being the instigator or the receiver of many pranks, spending time fishing, working out and just enjoying his time with family.

In 1998 John married Toni. Darbi was born in 2001 in Sacramento, California. They moved to Canada, where David was born in Calgary, Alberta. Toni and John separated but continued to co-parent both of their children until his death. The children always had their dad at special events as he was involved in all holidays, birthdays, etc. It was very important to him to take an integral part in raising his kids and being there for all important milestones.

John was devout in his faith and besides looking after his work and family obligations, he could be found studying his bible or spending time searching and sharing his beliefs online with family and friends. The children will always remember his really bad ‘dad’ jokes. In fact, David will most definitely be continuing the legacy. He was known to talk to them through the use of silly songs, which would inevitably embarrass them as every father should.

It is with great shock and grief that we remember John’s life. He officially passed away on June 2, 2020. He left us far too soon but will remain in our hearts and memory forever.

There will be a private family ceremony.

Share Your Memory of
John
Upload Your Memory View All Memories
Be the first to upload a memory!