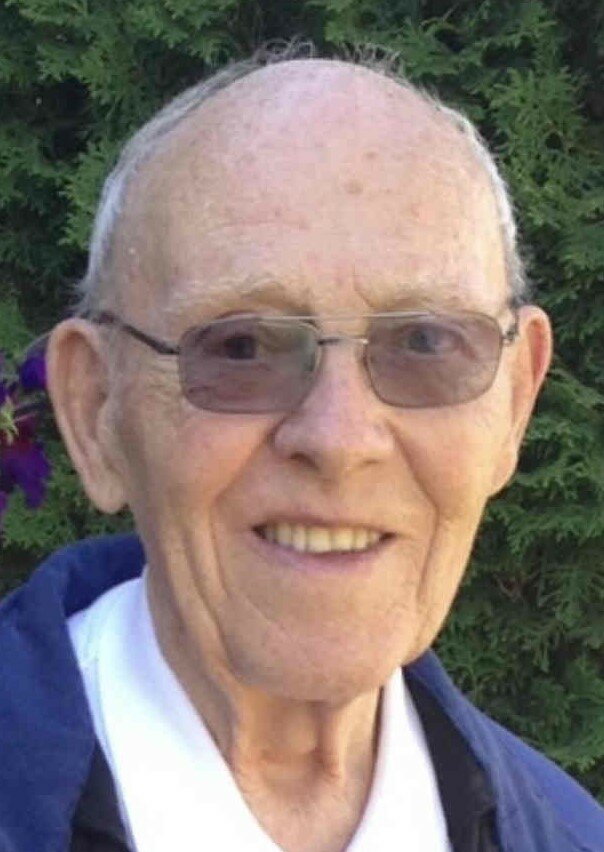 Ray was born on June 7, 1927 in Donalda AB and grew up in the Mirror area. One of his fondest memories of this time was being able to stop for a dip in the local slough on his way home from school. He was also grateful for the opportunity he had to spend his teenage summers in the mountains, working at the Chateau Lake Louise, and he never lost his fascination with the mountains. Ray was honoured to serve the majority of his working career as a member of the Canadian Postal Service, until his retirement in 1980. His free time was spent in his garden, volunteering with the Red Deer Regional Hospital, the Royal Canadian Legion, and many other service organizations, and performing with “The Happy Gang” singers.

Raymond took great pride in his roles as a husband, father, grandfather and uncle and cherished these relationships. Raymond was an extremely kind-hearted, gentle soul who took delight in brightening the day of those around him with his sense of humour and practical jokes.

Raymond is survived by his wife of 69 years Gladys, his two children D’Arcy and Gary (Janet); four grandchildren Eric, Caitlin (Matthew Jordan), Ashley and Samantha; and numerous nieces and nephews and their families. He was predeceased by parents Roy and Violet, and his six siblings Cecil, Lucille, Olive, George, Leonard, and Melvin. All those who knew Ray are deeply saddened by his passing but thankful for the time spent with him. A family memorial service for Ray will be held in the near future.

Condolences to Ray’s family may be emailed to meaningful@telus.net.

Share Your Memory of
Raymond “Ray” Wilford
Upload Your Memory View All Memories
Be the first to upload a memory!
Share A Memory